As the Championship gets under way this weekend on GAAGO, we thought we would share with you some uniquely Irish GAA phrases and their meaning. This will be particularly useful for any non Irish GAA fans or your international housemates, friends, colleagues, partners.

Do you agree with these? 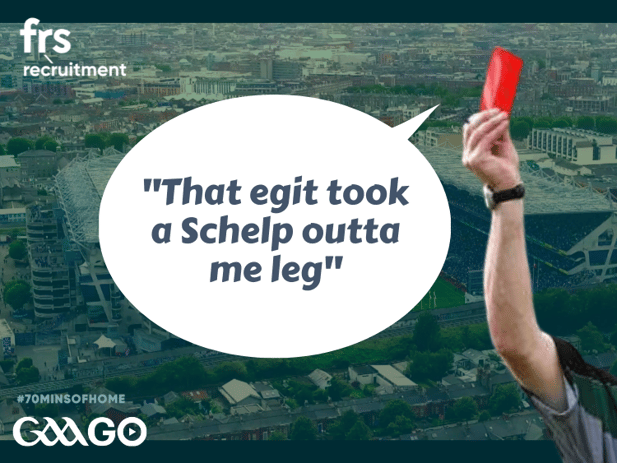 Timber : - Intimidation of a hurling opponent, e.g. 'Show him some timber'

Lamp :- A good thump, e.g. 'I swung for the sliotar, missed by 3 feet and lamped the full back'

A Crowd :- A gathering of people who watch a match and hope for random acts of violence,

Schkelp : -To remove living tissue in the absence of surgical procedures, e.g. 'That egit from Tipp took a schkelp outta me leg'

Bullin': - Angry, e.g. 'The centre half was bullin' after I lamped him'

Bull Thick : - Very angry, e.g. 'The centre half was bull thick after I Iamped him again'

Bushted :- An undefined soreness, e.g. 'Jayz me arm is bushted'

The Bomber :- Popular name for a fat hairy GAA player

A Hang Sangwidge :- Consumed with 'tay' on the sides of roads after matches in Pairc Ui Chaoimh or Thurles, usually contains half a pound of butter

Rake : - A great amount of anything, usually pints of Guinness the night before an important match

Leh-It-In-Ta-Fuck-Wud-Ya :- Full forwards appeal to a midfielder for a more timely delivery of the pass

Burst Em':- Instructions from the sideline to tackle your man

All-Hell-Broke-Loose :- A massive row that continues out in the parking area or dressing room areas, usually resolved by the Gardai 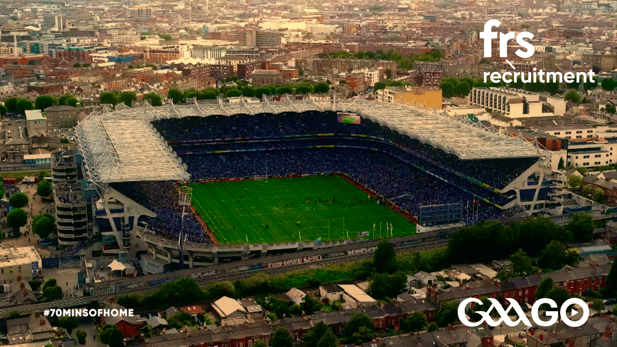 FRS Recruitment are proud sponsors of GAAGO. Check out our unique 70 minutes of summer films by clicking here.

Would you like to win a free flight home to Ireland and 2 tickets for 2022 All Ireland Hurling or Football final? Simply head over to our Facebook page to enter!